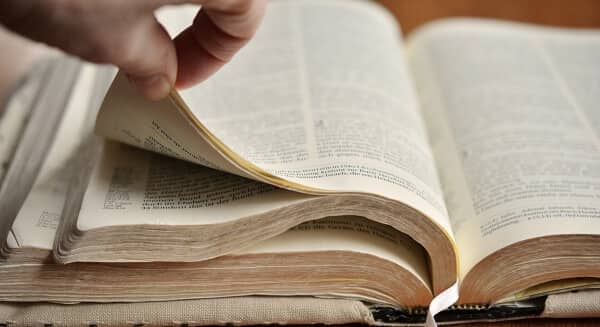 Calvary Houston talk about how the bible is inspired by God

This is a subject that Calvary Houston know plenty about. Bearing this in mind, we have tapped into their knowledge to find out what it really means to hear that the bible is inspired by God, and the various examples that highlight this point.

What does it mean that the bible is inspired by God?

The best way to describe this is via a standard employer-employee relationship that happens in the modern-day world. Some might deem a comparison inappropriate, but give us time.

In this arrangement, the employer will delegate work to the employee. Some people regard the bible being inspired by God as exactly like this. God delegated responsibility to different people, over the course of history, so that the message could be communicated everywhere, at any time.

For example, Moses was the author of the first five books of the bible, with his work documenting everything that was relevant to his era. Then, there were words from Isaiah, Jeremiah, Matthew, Mark, Luke and John. In total, there would be 40 different authors spanning a huge time period. The important thing to note is that these authors were from different times, different regions but the message they were portraying was exactly the same.

Following on from the above, let’s take a look at some of the work of Matthew, Mark, Luke and John in extra detail. Even though they were all describing the work of Jesus, it would be fair to say that everything they that their accounts resembled completely different things. For example, if you were to take a look at John, most of his work was surrounding deity. Then, both Matthew and Luke focused on the birth of Jesus, while Mark’s contribution was a reasonably fast summary of the life as a whole.

Many people believe that God was using their differing writing skills to portray these messages accordingly.

Is there much evidence in the bible that these authors were assisted?

In short, there’s a lot of evidence. There are quotes going along the lines of “Then the Lord said to Moses” and “this word came to Jeremiah from the Lord” used throughout, with all of these suggesting that the “author” has been influenced by God.

A summary on the bible being inspired by God

In summary, this guide should have hopefully demonstrated why so many believe that the bible has been inspired by the word of God. There are countless quotes within it that suggest this as well and while it might not seem entirely appropriate to refer the “collaboration” like a modern-day working relationship, it tends to be the method that is most understood throughout the world.