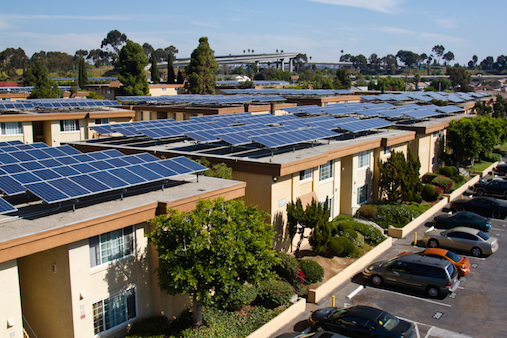 Louisiana has strict regulations in many different fields. Everything from energy to how fats and oils are disposed of into sewer systems. While some regulations do make sense, others need to be reexamined. Energy deregulation has the potential to benefit Louisiana residents by promoting greener energy, boosting the economy, and creating better customer service in the industry.

Texas, Louisiana’s neighbor to the west, saw major changes in where their energy was coming from. This was because prior to the deregulation, there was very little incentive for innovation in the field of alternative energy. With deregulation, the wind and solar power industries began to flourish. By some estimates, Texas now leads the nation in the production of wind energy.

Among other things, sites such as localelectricitycompanies.com make it easy for consumers to see exactly how the companies who are vying for their money are generating power. This gives consumers the power to reward those businesses who are using green energy sources even if they cost slightly more. Many people are more than willing to support environmentally friendly initiatives and technologies financially, especially when doing so is easy to accomplish.

Green energy also serves as a financial incentive in other ways. With the development of the solar and wind industries in the state, more jobs were created. Solar jobs have recently overtaken those in oil and gas. It is one of the fastest-growing industries in the nation and projections for future growth are remarkable. Jobs in the wind sector are not as robust but this is primarily due to the emergent nature of the sector. Prospects for job growth in wind energy are also expected to rapidly increase over the next decade as it becomes more common.

One of the most contentious points in the discussion about energy deregulation is the cost residents would pay. Many believe that when states regulate the energy market it results in lower prices for the citizens. However, this is not always true. In many of the states where energy deregulation has already been pushed through, gas and electrical power prices have dropped.

A recent study found that those states with a deregulated energy market were able to decrease the cost of generating electricity by about $3 billion annually. In part, this is due to the tendency of the power companies in the deregulated states choosing to use generating units that cost less and are more efficient to run. They are more highly motivated to reduce their operating costs because they need to offer lower prices to attract customers.

Competition is great for customer service. When people have no choice who they purchase their power from, those companies have no vested interest in ensuring the customers experience high-quality, polite, professional service. Of course, this doesn’t mean that the customer service is always bad. Most people default to being polite. But when there is an issue, those companies who have the potential to lose a client tend to be far more willing to look for solutions that benefit all parties.

With energy deregulation, customers could expect a greater number of companies to enter the market and begin offering services. There would be competition for the customer base and each business would need to find a way to offer greater value to potential clients in order to draw them away from their existing provider.

Louisiana already has fairly low energy prices compared to other parts of the nation. However, deregulating the energy market in the state would offer far more benefits than simply reducing the cost of individual power bills. The broader effect on the environment and state economy must also be taken into consideration.